Someone Wanted this Ship 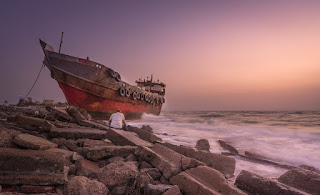 Imagine you are riding in a large ship. A Ship that is moving slowly, but steadily through the water, under control, but not spectacular.
The elites are up in the top cabins, drinking white wine and eating cheese, thinking everything is fine and feeling that they have earned their place.
You and your struggling friends, who do not write software, and did not get fancy degrees at elite colleges, are stuck under the waterline, looking out of the few portholes. You’ve been given a few cases of stale beer to share, but are otherwise ignored.

You’ve had enough. You get pissed-off. It’s time to do something about this situation.
So what do you do? “Let’s take down the whole damn system” yell you and your friends. We don’t care what happens. We want change! Anything will be better than this! You drill holes in the sides of the ship.

Where does the water come in? Who drowns? Who gets in the lifeboats goes home and dries off.  Who then goes off to design and build a better ship?

The old captain, a captain from the old school, goes down with the ship. “She deserved it.” She had her time.  We want ours! “ you say, as you struggle to keep you head above the in-rushing water.

Soon the new ship gets launched.  You survived, and so did some of your friends.  You have a job now. It is back down in the bottom of the boat. This time you will be given oars to keep you busy. The new captain, the guy behind you with a whip, will keep you motivated. He has left the elites  on the shore. That makes you happy.  The top decks are now loaded with a new group that is older, richer, meaner, and more controlling that the last group. They are fighting with each other because they don’t know how to run the ship.  Most of them want to turn it around or make it go backwards,

This new group likes to stand on the high decks and piss on you and your friends. They tell you to be happy because you are better off than the Blacks and the immigrants who they threw overboard.  You have a job.  just keep rowing, and watch out for the lash. 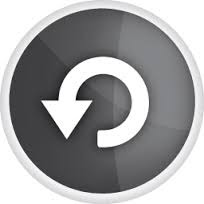 Lou Reed’s “Dirty Boulevard” popped up on Pandora. I hadn’t heard it for a while so I pushed the “repeat” button. It brought back a rush of memories, strangely memories about my mother.  She didn’t like Lou Reed, she was a Ray Charles fan. But it wasn’t the song that reminded me of her, it was the repeat button. My mother was almost ninety when she died. During the last few years of her life she told me often that she was tried of seeing the world repeat itself.  She would say, “I was born when there was a war in Bosnia, and I will die during a war in Bosnia.”  She outlived that conflict by a year.

As I enter my later years I am beginning to feel as if I have gone through this kind of wash and rinse cycle too many times before.  However, this time seems more disappointing because we are part of a time of exciting changes.  New technologies have brought enticing and exciting changes to the way we live.  We are now have access to anything we want to know any time we want to it.  If you don’t think that is an amazing benefit to us old folks just ask us the capitol of South Carolina, or who played Carla in Cheers; you know, the curly one, you know….

Technology has opened the gates to new discoveries in science that were unimaginable twenty years ago.  What we are seeing is how complex we are, as is the world we live in.  There are no simple answers to anything, a lot of what we thought was accurate is only partially so.  There are many debates about which parts are true, which will be resolved through more research, but until then we are kept wondering and looking. It’s a fascinating time, unless you are bothered by unfinished details and ambiguous results.

Yet, many of the innovations which are being applied to solve so many problems are also being used to tear us apart and create deep divisions.  It has become very difficult to tell the difference between a half truth and a total lie. Information comes rushing at us so fast that it is difficult to sort out what’s real.  One trait we humans have is to see confirming evidence for what we already believe.  That makes us feel more comfortable to think that we have it right.  It also leads us to hold fast to ideas that are not true.  We get angry at those who disagree with us, or show us that we are wrong. When his half-truth contradicts my half-truth I know he’s an idiot.

For almost forty years I was a psychologist in beautiful Lowell, Massachusetts. I opened my practice just as the first of the Wang Towers was being built.  Does anyone remember the Wang 1200 WPS? it was at the beginning of our transformation into the digital age. You could type a page, and move the words or paragraphs around.  You could delete things and put them back.  Amazing!  But Wang filed for bankruptcy in 1992.  It couldn’t keep up with the development of computers by companies like Digital Equipment, and IBM..  Digital was acquired by Compaq in 1998.  Compaq was taken over by HP in 2001. By then everyone was getting connected to the Internet, and soon we all had the capability to go mobile and stay connected every minute of the day.

This history of companies rising and falling in Lowell is not new, it dates back to Lowell’s founding.  The mills were new technology in 1840, used to turn cotton into cloth.  The looms were first run by women who came from the farms of New England.  When they felt exploited by low wages they were replaced by the German immigrants, who were replaced by French Canadians.   Eventually the mills moved south for cheaper labor, and now most of our cotton clothes are made in Asia.  You’re probably aware of that.

For a while it looked like the digital revolution would be different than that industrial revolution. Instead of long hours and harsh conditions that came with the industrial revolution,  the digital age was eliminating many of the harsh repetitive jobs and offering thousands of new ways to make our lives easier.  At work, at home, and at play, little bitty chips will do more and more of the repetitive, mundane tasks of our lives, such as shopping, banking, cleaning, turning out the lights, playing music, setting appointments, meeting new partners, even driving, drawing and drooling. Surely all of this will help us improve our lives, make better decisions, and understand and appreciate each other better.

Well, yes and no.

Remember that exactly one hundred years ago the new engines and mechanical marvels of that industrial transition helped bring about the biggest, most meaningless waste of human life in history: The First World War.  We don’t want to go through that again.We don’t want to be blaming innocent scapegoats for all of the disruptive changes. We don’t want modern day Luddites attacking the machines, or being afraid of new knowledge. We know that once new genies are out of the bottle there is no way to put them back.

As those thoughts raced through my mind I heard the words from Lou’s 1989 song and they caused me to shudder.
“Give me your hungry, your tired your poor I'll piss on 'em
that's what the Statue of Bigotry says”

As a psychologist I have seen every day that people don’t make changes easily. When things are changing all around us it leads to uncertainty.  Uncertainty causes anxiety.  Anxiety creates resistance.  There is always a backlash. It seems as if it is in our genes.  Whenever human beings are threatened they lash out.  I have seen so many patients who have turned their lives around, but then, when hit with an unexpected stress, such as a lost job, a break-up, an illness in the family, they revert to their old, dysfunctional ways. They get angry, they go back to drinking, they don’t show up for work.  They mess up their lives all over again. That seems to be what the whole world is going through now.

But the backlash doesn’t have to destroy everything.  In fact it can’t.  The world will keep rolling on creating new and better.  We will have better medicine because of Watson making diagnoses.  We will have self-guided electric cars that will reduce accidents, eliminate traffic and reduce pollution.  We will have algorithms that keep us healthy, help us make smarter decisions, and foster better, clearer communication. We will keep blending the white, black, tan and brown skin tones until it is difficult to tell the difference. Maybe we will invent even more genders.

But right now, we have to deal with the backlash.  We have to find ways to spread the benefits to everyone.  We have to help everyone choose the changes that they find useful, and not just be sold crap they don’t need or want.   We need to find ways to expose manipulation, fear and false prophets.  Under stress it is easy to get people to trade freedom for security.  People will hold on to what they know, even when it doesn’t work any more.  That’s why so many cultures aren’t here any more. I want my children and grandchildren to live a world that can deal with reality.  I want them to have a world that values all people equally.  I want them to live in peace — a wish that has been repeated in vain for five thousand years.

Transitions are never easy. To paraphrase George Santayana, it helps to learn from the past so as not to repeat it.  Or to quote Mark Twain: ““History doesn't repeat itself, but it does rhyme.”

Let’s not go back to The Dirty Boulevard, except to listen to the guitar riffs.
Posted by Therapist Mumbles at 5:18 PM No comments: