To Alpha Centauri or The Bronx and Mississippi?

I don’t know Yuri Milner.  I know that he made a lot of money by backing some of the biggest Internet social media companies.  I know that about two years ago he decided to use  $100 million of his own money to launch a project called Starshot, to explore outer space, way outer space.  His goal was to find a method to send measuring devices to our nearest star, Alpha Centauri, which is about four light years away.

Will this work?  That seems to be only part of the mission of this mission.  The real fun is just getting all these skilled people to think and act together attempt to conceptualize technology, execution, and the future.  The odds of getting the machines there, getting them to work during the few moments of fly by, and then getting them to send data back through four light-years of space in manner that can be received and interpreted, are quite small.  But they have $100 million to start with, and about thirty years o figure it out.

I was reading an update on the Starshot program in this mont’s Scientific American, which I still get in hard copy after all these years, even though it isn’t even American any more. The articles have been cut down to three or four pages to cater to an audience with today’s attention span.
so I was able to keep reading new articles about attempts at using the scientific method to discover other factors that influence our lives.  Science continues to do this even if the results are not 100% accurate, and the struggle for confirmation usually demands “further study.”  The lack of clarity is part of what makes the real quest for knowledge unending.  Nobody, knows it all; even if they think they do.

About ten pages further along in the same issues (March, 2017) is an article by Kimberly Noble, who is a professor of neuroscience at Columbia University Teachers College.  She has studied the effects of poverty on children’s brain development and, not surprisingly, she has found that children who spend their early lives in homes with the lowest socio-economic level show impairments in their cognitive functioning.  These impairments are not due to their genetics, or race or location, as all those factors were controlled, they are due to not having enough of whatever is needed to develop their brains to their full potential.  This includes food, social and cognitive stimulation, attention, heat, stability, and all the other parts of life that come with poverty. 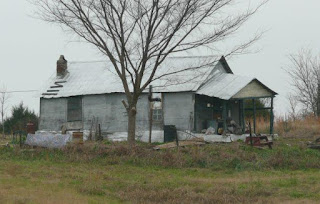 She cites that there are some programs that are somewhat effective and helping children who live in poverty to overcome those dangers, such as Head Start.  She also states that correlation does not always imply causality, as there may be other factors that just haven’t been discovered that may actually be the cause of these cognitive deficiencies.  So, this theory requires further study.

One type of study she suggests would be just to give the families money.  She wonders if fancy education or training programs are necessary, or if that would just be spreading the money around to consultants and teachers, and not the families who are poor.  Why not just give them money and see what good it would do?  Her “hypothesis is that increased family income will trigger a cascade of positive effects for these families.” And that these effects will show up in the  improved cognitive skills of these children.

Her experimental design is to give 100 families $333 a month.  That’s a bit of money.  But not much.  It’s almost $4000 a year.  It’s certainly something, if you have nothing, but not enough to really move anyone out of poverty.

That’s when I began to connect the two articles in my mind.  What if, in addition to his fun and fascinating interstellar Starshot project, Mr. Milner could see his way to dropping another $100 million of the estimated over $3.1 Billion he has parked around the world on Dr. Noble’s project.
Then we could really study what it would mean to a family’s life, including brain development, stability, achievement and future, if they could move out of poverty and into the lower-middle class.

For around $100 million, 500 families could get $40,000 a year for seven years.  i would begin it at the birth of a child, just like Dr. Noble is doing. I don’t know what would happen; that’s why we do studies.  But my hypothesis would be that after seven years most of the families would have found a way to be able to keep running at that level on their own. It would allow them a better chance at keep the partners together.  It would give them a better way to have one parent at home while the other one worked, and each parent could find work without having the home fall apart or the kids go unsupervised.  It would allow them to keep jobs making $11 an hour long enough to move up and stating making $20 an hour.  Or it would allow them to go to school and get training to make $105,000 a year. It would relieve the stress that comes from not making the rent, or from choosing whether to pay for food, shelter or medicine. Perhaps even give the family resources to get a car, which would get them to work regularly and on time.

This kind of stability would assure that the child receives proper nourishment and proper attention from two parents; parents who would be relaxed enough so that the child would not be subjected to the tension that comes with poverty.

What this study would also be doing is testing the theory behind a guaranteed annual income. That is something that will come more into focus when self-driving trucks are introduced, along with all the other robots that will run our factories, deliver goods, clean our streets and suck the pollution out of the air.

So, if any of you reading this know how to get in touch with Mr. Milner, tell him to talk to Dr. Noble and see if they can work out the details.  You can tell him I sent you.

Really, I strongly believe that both of these functions, basic research for space exploration, and practical research on child and family development, obviously should be paid for by our government.  That’s what governments do well, when they are allowed to function.  Mr. Milner, and all of those who possess  the top .1% and the1% and even the top 5% of wealth in this country should pay a lot more taxes to allow the government to do things like this for all of our citizens.  They should do this because the system in this country is designed to help those people become innovative, to take risks, and even to fail and try again.  They have benefitted greatly from the rules that were written to help them.  They should pay some it back to allow the society to benefit also, That way our society can develop more innovators and more problem solvers, using the talent of people from all socio-economic groups.

However, we are living in an upside-down time.  A time when science is bad and anger and scapegoating innocent people is in vogue.  We are still being sold the myth that rich people are better at distributing money, and that giving them more of it helps those with less.  We hear this often, even though it has not worked for over thirty years.

But that is a discussion for another time.  Almost every other time it seems, which is good, because maybe, if it discussed enough, things will change.

Until then, whisper in Yuri’s ear, or anyone out there who you know who has $100 million that they don’t want to leave to their great-grandchildren because it will ruin their lives.

Posted by Therapist Mumbles at 3:57 PM

What is wrong with this country? A $58 billion increase in spending on defense. What exactly is worth defending here? This is a morally bankrupt country that doesn't care about the quality of life of its citizens, especially the poorest.